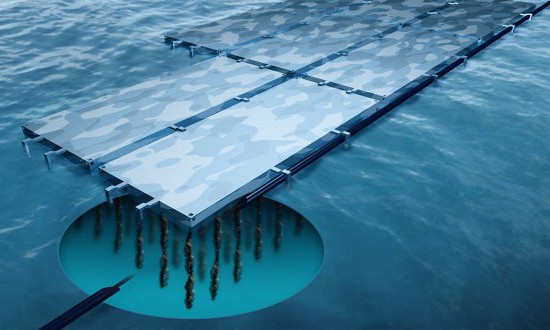 Rafts on the sea

The rafts float on the surface of the sea and are in sea camouflage. The larvae sticks to breeding lines underneath the rafts, where they grow for two years before harvesting and put on market.

The rafts are lift up on board where the mussels are put in silo. A conveyer belt then moves them into containers full of sea water. Estimated is to harvest 4,000 raft per year (12,000 in three years). Specially disigned ship will be used. 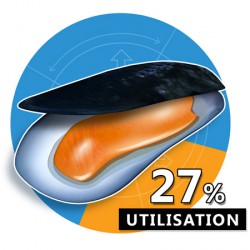 Shell out of the see is that quantity that the ship get and delivers to process. That is the ingredient the factory will process final product from. On avarage we will harvest about 27% of the weight for final pruduct (mussel). 100 tons of shell will give 27 tons of pure meat.

Mussel that grows in cold ocean like around Iceland wil take longer to grow compared with warmer oceans i.e.g around Denmark. Around Denmark it takes about nine months to grow before harvest but the meat is much smaller compared with the shell. Around Iceland it takes about 24 months to grow but the meat will be larger, more solid and more flavour. 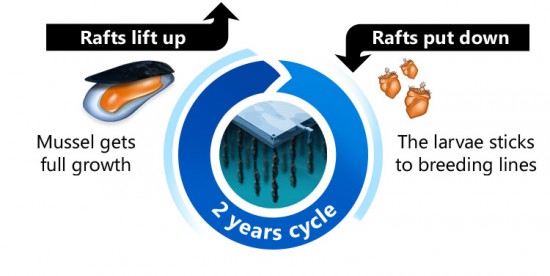 When the mussels have been moved from the raft, the rafts are put down in another place in the ocean where the growth cycle will start again. The mussel can be ready for the market within 20 day from that time it is picked up from the ocean.